Our World Has Changed, God is Still Unchanging

Back in March I wrote a post titled, The World Looks Different Now, But It's Ok. We were 10 days into the unknown and many of us were wondering how long the changes were going to last. Was this a temporary thing? A new normal? We're now 10 months in and we still don't know.

We've just finished up a fun but very different Christmas weekend at our house. Almost everything about our celebration was outside our normal---part of that was due to "the pandemic" and part of it was due to changes within our family dynamic. We had to work around work schedules and celebrate on a different day than normal. We didn't participate in any sort of church Christmas program (probably a first for my 41 year old husband!) We didn't even drive around to look at Christmas lights this year and our whole community missed our yearly gathering on the square to watch the city lights come on. Instead of spending the rest of present-opening day putting together toys and helping the kids navigate a new game or puzzle, the youngers did all that themselves and the teens starting helping our oldest son move into his new townhouse---on Christmas!!!

In other years, I think this change in our Christmas routine would have really bummed me out, but in 2020, it's just par for the course. So much has changed and some things have become that "new normal" I talked about in March, yet there's one thing that hasn't changed, and that is the Lord.

For I the Lord do not change; therefore you, O children of Jacob, are not consumed.
Malachi 3
God's Word, His promises, His truths, His plan, are all still very much the same. He knew our world would take a wonky turn in 2020---none of this caught Him off guard and it does not scare or threaten Him in the least. And if the One in charge isn't worried, why should we be?
The LORD is my light and my salvation-- whom shall I fear? The LORD is the stronghold of my life-- of whom shall I be afraid?
Psalm 27
That's really the question many of us should be asking ourselves: why are we worried? In Anne of Green Gables, Marilla tells Anne: "God does not want you for a fair weather friend." That phrase has been running through my mind all morning. I think these past 10 months have given us a glimpse into what is meant in passages like Isaiah 40, Job 12:23, and Paul before the Areopagus in Acts 17---some of the many parts of Scripture that remind us God allows kingdoms to rise and fall but He remains unchanged.
In God, we have a Friend who stays closer than a brother (Prov. 18:24). The more we get to know the nature of this Friend, the more we realize that we have nothing to fear in change. Some of us become really unnerved when we don't know the "next step", yet God's Word brings comfort that He will guide our steps:

The steps of a good man are ordered by the Lord, and He delights in his way. Though he fall, he shall not be utterly cast down; For the Lord upholds him with His hand.
Psalm 37
One thing I'll always remember about my Mom is how she plays Pollyanna's "Glad Game" when things go wonky, choosing to think about the good things---counting her blessings. As a brooding teenager, it would sometimes bug me when she would say things like, "You make your own happiness," but she was right---and adding God's message of hope to the picture makes playing the Glad Game even easier. Things are still different...some things are forever changed...yet God is the same as He always was. As we go into 2021, let's hold on to the hope of our unchanging God and count our blessings. There's always something to be thankful for!

(This article was republished from my sister site, ClassicalHomemaking.com.) 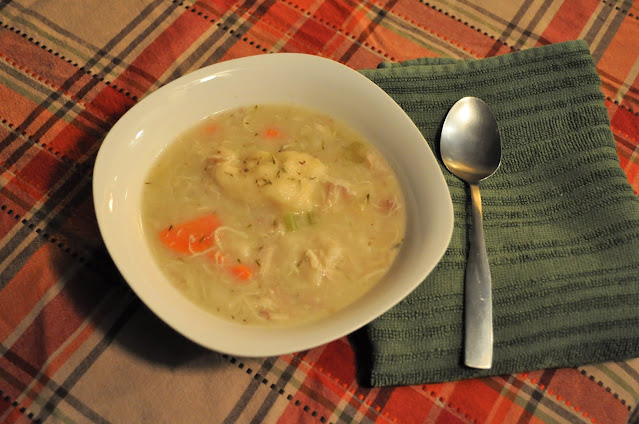 As a native of Eastern Oregon where there are four distinct seasons, I learned to change up my menus as the weather changed. Fresh salads and fancy sandwiches at springtime, grilled meat and watermelon in the summer, light soups and casseroles in fall, and thick stews with crusty bread in winter. We knew it was time to change seasons by the way things smelled---even when fall was ending and the bite of winter was coming, we could smell the snow in the air.

The South (we are in Arkansas now) likes to play the "let's change up everything with the seasons" game too---only nothing is distinct and there are no signs of a new season coming. I've been here seven years and I still can't read the clouds. We just roll with it day to day and pretend winter is real. Sometimes December is mostly 40s and 50s, other times it's 70s and even 80s.

Still, my kids must have a little northener left in them because they've been requesting chicken and dumplings for weeks now. According to my seven year old, I've not made this family favorite since the night we decorated Christmas sugar cookies---in 2018. She's probably not wrong. I just haven't been feeling it---the whole "do the exciting new season stuff"---but I'm determined to try harder. Especially in a crazy year like 2020 has been, a bit of normalcy is important. These are the things families are made of---the memories and traditions and faith that binds us together.

So tonight I made this hearty, stick-to-your-bones meal in a pot and everyone cheered. I fell asleep while the chicken was cooking but it was perfectly tender. I thought I dumped too much thyme in, but it was fantastic. I thought I went too fast on the veggies and feared I'd undercooked the carrots, but they were just right. Apparently, I've still got the knack. Here's roughly how I made it---I hope your family enjoys chicken and dumplings as much as we do.

1 whole chicken
up to 3 quarts poultry broth (I used turkey broth from our Thanksgiving carcass)
6 bay leaves
3 carrots
3 celery stalks
onion to taste (I used 2 TB dried onions, you could use up to 1 whole, if you like)
thyme, garlic, salt to taste
4 c. flour
8 tsp. baking powder
2 tsp. salt
2 c. water
Put the chicken in a large soup pot (mine is 14 qt.), and add all the broth. Add water until it covers to about an inch above the chicken. Add the bay leaves and a few teaspoons of salt. Cover the pot and bring to a boil, then turn down the heat and let it simmer for about 6 hours.
After about 6 hours, remove the chicken from the pot. (I use a small handled strainer to scoop it out whole but always need to fish out the wings with a slotted spoon!) Make sure to use a slotted spoon to get out any bones. Then set your chicken aside to cool and keep the broth hot on the lowest setting, covered. The chicken will take 30-45 minutes to cool. Once it's cooled, pull the meat off the bones and put it back into the broth in small pieces. Be careful to feel for any small bones. Then cut up your vegetables and add them to the broth, along with the thyme and garlic. Taste to see if you want to add more salt. I end up adding quite a bit to get it just right. Finally, turn your pot back up to a higher setting to get the broth boiling again.
While the broth is heating back up, mix up the dumplings by combining the flour, baking powder and salt, then stir in the water. Use a spoon for this---you want the batter to look lumpy. Once the broth is boiling rapidly, drop spoonfuls of the batter into the boiling broth. The dumplings will cook quickly and rise to the top when they're done. Just keep dropping them in until you've got all the batter in there. It will look crowded but they'll figure it out. Ha!
I served ours with zucchini bread tonight (yay for summer harvest preservation!) but you could also do biscuits, rolls, or just eat it as a one-pot meal. Yum! 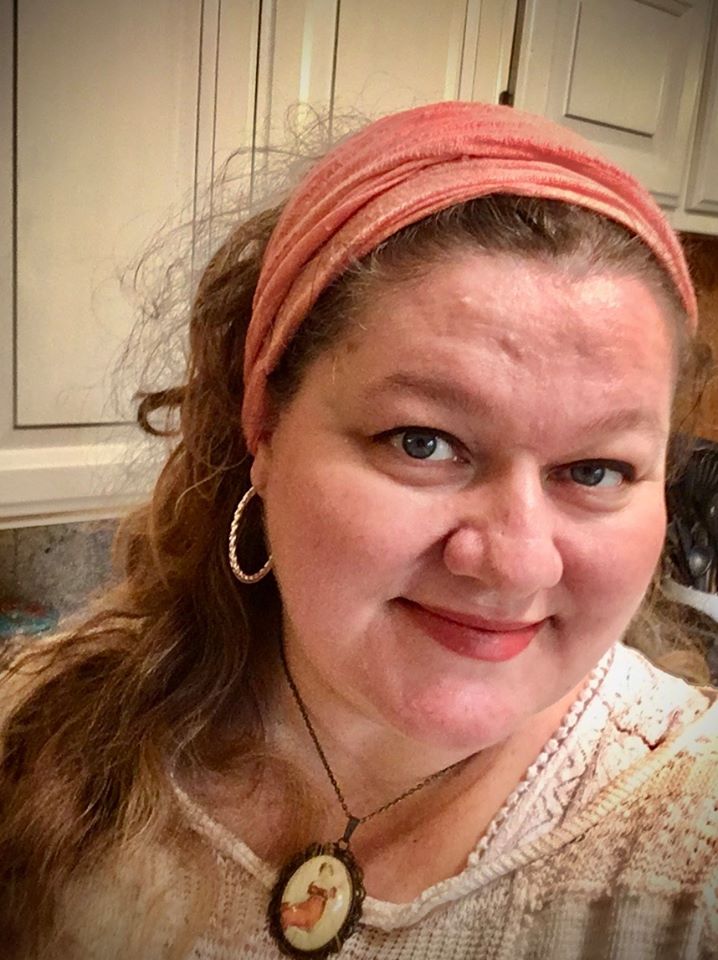